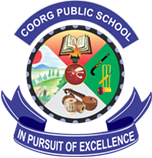 A Moment of Pride and Glory for COPS
Coorg Public School was adjudged the Best NCC School which has yet again proved the indomitable efforts of the school in achieving the holistic
development of the children.
Coorg Public School has been awarded with the first place in NCC in the Karnataka & Goa
Directorate, DDG’s Felicitation Ceremony held at Christ University, Bangalore on 13th March, 2022. This is for the first time COPS has received this award. The NCC wing of COPS which is affiliated to the 19 Karnataka Battalion, Madikeri has shown its exemplary achievements and has bagged the award in the Karnataka & Goa Directorate, DDG’s Felicitation Ceremony. The award was presented to Dr.Benny Kuriakose, the Principal of Coorg
Public School by Air Commodore B S Khanwar, VSM, Deputy Director General of Karnataka &
Goa Directorate. Col. A.K. Sharma, Group
Commander, Mangalore Group, Col. Chethan
Dimon, Commanding Officer of 19 Karnataka
Battalion, Madikeri and Capt. B.M. Ganesh, the NCC Officer of COPS were also present during the award ceremony.